The Eleusinian Mysteries and Aleister Crowley’s Rites of Eleusis Workshop 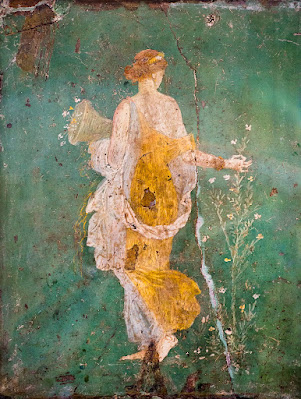 Of all the ancient Mediterranean Mystery Religions, those concerning the grain goddess Demeter and her daughter Persephone were the oldest and most famous. Celebrated for over one thousand years at the Greek city of Eleusis and then suppressed during the Christian era, the Mysteries have again become the focus of Pagan attention. Occurring at both the Spring and Autumn Equinoxes, these secret rites dedicated to the Two Goddesses and their roles in the establishment of agriculture were an annual highlight of the ancient Greek religious calendar. This workshop focuses on the influence of the Eleusinian Mysteries on the Hermetic Order of the Golden Dawn, and on their most notorious initiate Aleister Crowley, and explains how these magical trail blazers were inspired by the mysteries to design their own theatrical rituals. Through images, discussion, and practical exercises, contemporary approaches to dramatic ritual will be explored.

The presenter:  Caroline Tully is interested in the practical side of magic and has been a modern Witch since 1985. She has written for many Pagan and occult publications and was a feature writer for Australia’s Witchcraft Magazine for six years. Caroline is also an archaeologist who studies ancient Mediterranean Pagan religions and their manifestation in the modern world.