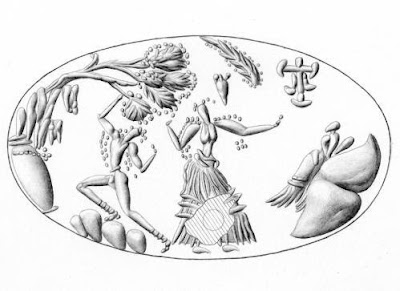 I've got a new article coming out in the next issue of Witches & Pagans Magazine #35 called "Trees as Otherkin: Minoan Crete, Biblical Religion and Paganism Today." This article derives from my PhD research on Tree Cult in the Aegean and Eastern Mediterranean from the Bronze to Iron Ages.

Posted by Caroline Tully at 5:53 PM No comments: 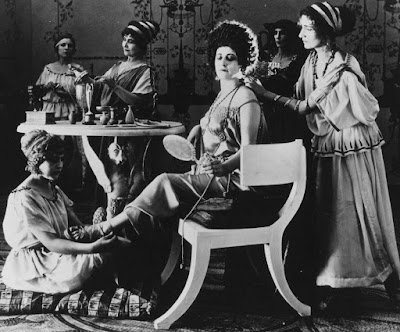 As of the week starting 2 October, we'll be screening a montage of three black and white Roman-themed films in the Decadence and Domesticity exhibition: The Last Days of Pompeii (1913); Caius Julius Caesar (1914); and Messalina (1924). They are all FAB!

The antiquities exhibition, Decadence and Domesticity, is part of The Arts of Engagement exhibition and is located on the ground floor of the Arts West Building at the University of Melbourne. It runs until 23 October 2017.

Posted by Caroline Tully at 9:01 PM No comments: 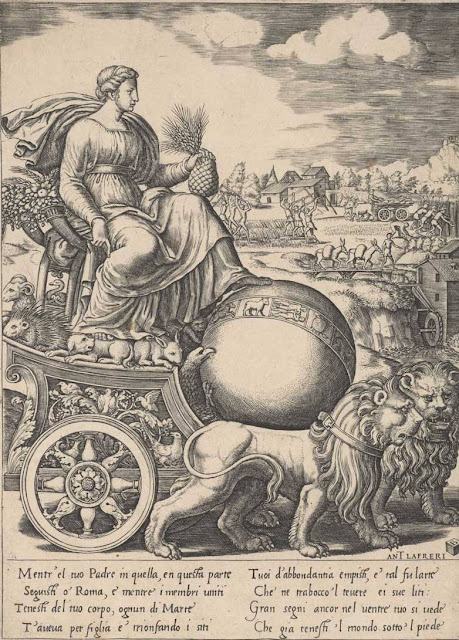 The antiquities exhibition, Decadence and Domesticity, which I have curated for the Arts West Gallery (located on the ground floor of the Arts West Building at the University of Melbourne) opened today. Decadence and Domesticity features Graeco-Roman antiquities, rare prints and books and is concerned with the theme of the Domus (house) and its iconography. The exhibition consists of three main sub-themes: Domestic Cult, Women’s Beautifying Procedures, and Feasting. It is made up of seven displays: the first and second cases concern religion and focus on the deities Cybele and Silvanus, the third case displays objects related to women and cosmetics, the fourth case features Roman terra sigillata pottery, the fifth case Syracusan coins, and the sixth case displays Greek and Roman terracotta lamps. On the wall opposite is a frieze consisting of Pompeiian frescoes and a TV screen featuring the feast scene from Fellini’s 1969 film the Satyricon. Decadence and Domesticity is one of three exhibitions within the Arts West Gallery; the other two being Transforming Space by Simon Young and his company Lithodomos, which is about 3D Reconstructions of ancient sites and immersive virtual reality experiences; and (re-)Producing Power by Annelies Van de Ven which uses plaster casts and copies of Mesopotamian antiquities in order to explore concepts of power expressed in material culture and the acquisition and control of knowledge. Together, these three exhibitions are part of The Arts of Engagement exhibition which opened today, 20 August and runs until 23 October 2017.
Posted by Caroline Tully at 2:09 AM 2 comments: 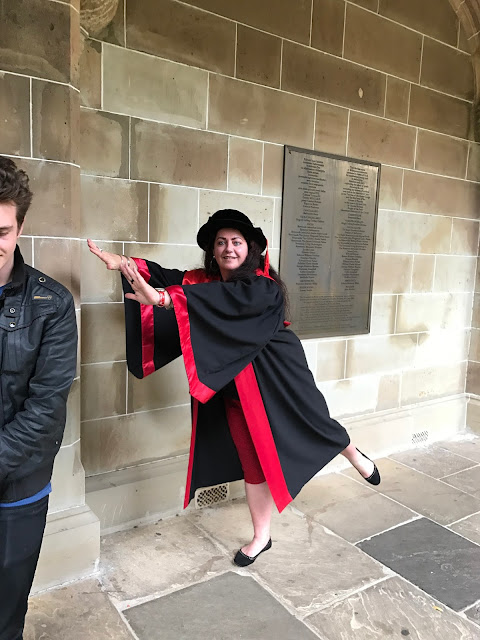 Now I am legally allowed to use the title, Doctor, even though everyone has been calling me that since January.
Posted by Caroline Tully at 5:31 AM 3 comments: 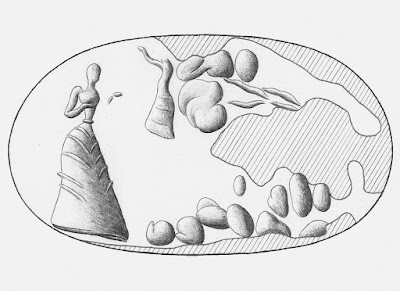