The Importance of Words and Writing in Ancient Magic 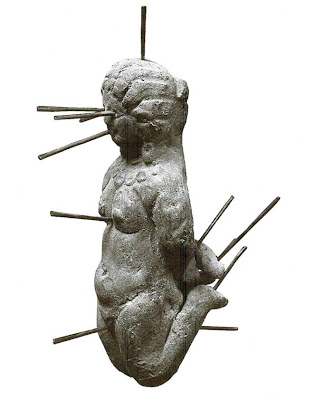 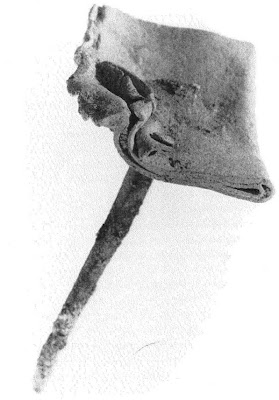 Magic is a rather general term which, when referring to ancient Mediterranean practice, can have various meanings. It can cover activities ranging from the attempt to control supernatural forces and direct their power toward a specific end, to private rituals performed outside of an official cultic context. Magic can describe the activities of charismatic wonder-workers, the seeking of direct revelation concerning the nature of the divine, and also be used as an accusation designed to marginalise an alleged practitioner of illicit ritual. In this article “magic” is used to describe the content and performance of spells designed to achieve material results. Words and writing were used in this sort of practical magic as components in what could be considered a type of technology for achieving material success. In this context words and writing were important because they were used to communicate with, in order to compel, the forces such as spirits or deities thought to be capable of and responsible for making change in the world. As well as a means of communication with these beings, both spoken and written words were thought to be effective in themselves because of an innate power within their very nature. Spoken words in the form of incantation, real or pseudo-foreign languages, secret languages thought to be understood by supernatural beings, apparently meaningless vowel-based chants, and words believed to have the inherent power to manifest reality, were all major components of ancient magic. Writing in the form of Greek, Latin, hieroglyphic, Demotic and Coptic Egyptian, and indecipherable charakteres, were used in spells as transcribed directives communicated to the “engines” of reality, the supernatural beings. Writing was also used to direct, record or perpetually transmit the speech of the ritual, in a visual capacity incorporated into iconographic spells and amulets, and in the transmission of magical lore in handbooks.

In a time of widespread illiteracy it was in the interests of the literate scribe in classical and Hellenistic Greece, the temple attendant in first century Rome or professional ritual expert such as the lector-priest or “magician” in Roman Egypt to promote the idea that knowledge of words and writing were vital for the effective utilisation of the technology of success. The idea that magic worked through precise enunciation of special words and the mysteries of letter-meaning and construction left the illiterate consumer of magic dependent upon the knowledgeable specialist. Understanding the actual mechanics of how to write, possessing mastery over a secret language, having knowledge of the esoteric meanings and correct pronunciation of the alphabet, as well as access to written secret magical formularies, was vital for ensuring that professional magical practitioners maintained an aura of expertise, capability and proficiency. In order to explore the ways in which words and writing were used in ancient magic this paper will focus on oral, transcribed and pictorial examples of spells from literature, defixiones and the Greek magical papyri. Examination of the evidence will lead to the conclusion that words and writing defined the magician as a source of competency within a sea of humanity subject to the whims of fate.

Before the development of writing, magical acts would have been spoken, perhaps in a form similar to the sung curse in Aeschylus’ “Eumenides” (Lines 305-414):

Now by the altar
Over the Victim
Ripe for our ritual,
Sing this enchantment:
A song without music,
A sword in the senses,
A storm in the heart
And fire in the brain;
A clamour of Furies
To paralyse reason,
A tune full of terror,
A drought in the soul!

The dear sons of Autolykos were busy to tend him,
and understandingly they bound up the wound of stately
godlike Odysseus and singing incantations over it
stayed the black blood, and soon came back to the
house of their loving father.

Early inscribed lead curse tablets, defixiones, from the fifth - fourth centuries BCE often contained only the name of the intended target, the rest of the spell was presumably accomplished verbally. Examples from later centuries, such as those found in the Athenian Agora dating to the third century CE, tended to involve more writing indicating that inscription was now considered a more important aspect of magic. The evidence from a magical formulary such as “The Greek Magical Papyri” which contains material dating from between the second century BCE and the fifth century CE shows that verbal, scriptural and iconographic elements of language were often combined within the one ritual. The spoken words in the rituals take various forms. There are prayers in which one or several spirits or deities are asked to attend the ritual to lend their supernatural aid to power the spell. Words are used deceptively in diabolae, a technique designed to anger and motivate a deity by telling them that the target of a spell had insulted them. Historiolae, or the recitation within a ritual context, usually a healing spell, of a mythological precedent thought to be similar to and hence effect the present situation, are examples of the idea that the narration of sacred stories could affect material reality.

Vowels spoken in just the right way made magical ritual more precise. Seemingly unintelligible strings of vowel-chants were thought to be effective because of an innate power inherent within them which reflected elements of the cosmos or the gods themselves. Written vowels were even licked or eaten, such was their power. They were also combined with visual imagery by being arranged in patterns such as squares, triangles, wings or diamonds, recitation of which may have added iconographic power to their already potent nature. Words and writing were also components of voces magicae, generally untranslatable words that appear throughout the Greek magical papyri, on lead defixiones and in Roman medical speculation. Voces magicae may have been considered a divine language understood by supernatural beings. They were also thought to be secret names of the gods, knowledge of which compelled them, and they may even have contained actual foreign divine names. Foreign languages were thought to be more powerful than the magician’s own language. The use of Greek on defixiones, originally simply the language of the inscriber, over time came to be thought essential for their efficacy.

Writing was used in ancient magic for purposes such as the inscription of defixiones in which it was a way to achieve precision. Inscribing the maternal lineage of a victim identified them to the powers invoked and a written description of the desired effects perhaps seemed a more official directive than speaking the request in a one-off vocal spell. The contents of a spell could be written in various special ways. Names were scrambled, possibly working as a persuasive analogy which via the formula of similia similibus was probably intended to confound the target. Writing backwards, upside down, in palindromes, spirals or boustrophedon (the back-and-forth pattern made when plowing a field) used on defixiones may have been intended to make the target of the spell move correspondingly. Words such as the ephesia grammata, a group of six untranslatable words said to derive from an inscription on the cult statue of Artemis of Ephesus and which may have been forerunners of the voces magicae, were thought to have an innate power and were both spoken within spells, as well carried or worn on the body as physical talismans. Written voces magicae appeared throughout the magical papyri, on defixiones, apotropaic lamellae and inscribed gems. Charakteres, a type of “writing” that has no apparent source in any known alphabet but which may be associated with star patterns, also appear within the texts of magical formulae. While voces magicae may have been intended to represent a magical language, so charakteres might have been seen as a transcendent alphabet understood by supernatural powers. Charakteres verge on the iconographic and may have, like Egyptian hieroglyphs, been considered powerful within themselves. In their visual capacity charakteres even form part of explicit figurative drawings, as seen in the feet of the horse-headed figure in the “Seth” tablets. Writing was combined with images such as the ouroboros snake and was also used in conjunction with three-dimensional “voodoo” dolls such as the inscribed lead curse tablet accompanying the Louvre doll, and the “gingerbread man” defixio and Mnesimachos doll and coffin, both of which have identifying inscriptions.

Finally, as well as being a major part of the spoken content of spells, a real or imagined written language and a form of visual imagery, writing was also important for the recording and transmission of complicated magical lore, formulae and recipes as evident in a collection of grimoires like the Greek magical papyri. The Greek magical papyri may have come from an Egyptian temple library and been used by priests working as itinerant ritual specialists after Roman annexation of Egypt in 30 BCE and the subsequent crippling of the temples. According to literary sources a large number of magical texts existed in antiquity, however most were destroyed in purges conducted by the civil or religious authorities of the time such as Augustus, who in 13 BCE ordered the destruction of 2,000 magical scrolls, and the burning of books that took place in the early centuries of the Christian era. If other books of magic contained anything like the type or amount of material that the Greek magical papyri do then it is evident that complicated magical rituals requiring instructional scripts were being performed by literate magical practitioners. Such books of magic were important because a written version of a lengthy spell which incorporated directions for constructing wax figurines, pronouncing voces magicae, performing complex gestures, reciting magic words, and the physical inscription of specific charakteres or drawings, is a lot easier to enact correctly when the instructions are available to follow to the letter, rather than having to memorise the procedure from oral transmission.

In conclusion, it is evident from the examples of defixiones and the spells in the Greek magical papyri that words and writing were important in ancient magic in numerous ways. Words and writing were learned techniques, not available to just anyone. In order to utilise the power of letters and sounds for the purpose of specific spells the lay person was dependant on the literate ritual specialist who understood the written and spoken language of the gods. Through words and writing the magician maintained his status as an intermediary between his clients and the awesome powers of the cosmos. By shrouding the contents of magical recipe books in secrecy the magician ensured that an aura of exclusivity and an impression of inexplicable wisdom surrounded his profession. The ritual specialist, whether a descendant of a once influential priestly cast, a freelance charismatic thaumaturge or a lofty theurgist, through knowledge of the magic of words and writing carved an influential place for himself in ancient society.
Posted by Caroline Tully at 1:21 AM 2 comments: