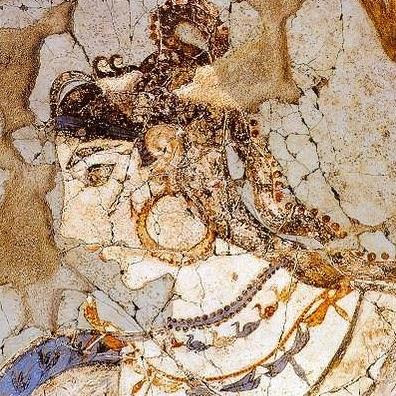 After spending the last year mainly teaching magical, or at least Pagan, topics as workshops at places like Muses of Mystery or various occult conferences via zoom, now I’m back teaching at the University of Melbourne. I’m teaching the Honours (4th year) seminar ‘Problems in Greek Prehistory’ and assistant teaching in the third year subject ‘Interpreting the Ancient World’. I’m still doing magical, witchy and Pagan workshops, in between these university classes. You can see the descriptions of the magical workshops I do, below, in older blog posts. Here are the university course descriptions:

This is a 4th year undergraduate seminar that focuses on the latest discoveries and debates as well as the history of those debates in the archaeology of the Bronze Age Aegean (Greece, ca. 3000–1177 BCE). The specific topics and readings vary from year to year, but focus weekly on current controversies in the interpretation of archaeological remains for Minoan Crete and Mycenaean Greece. Aegean Crete and the Mycenaean mainland are one of the most intensively investigated archaeological regions in the world, and have often captured the public imagination. Although these are Bronze Age Aegean societies, they have been intimately connected with the feminist rhetoric of a goddess-centered matriarchy, classical Greek and Homeric myths of King Minos and his Labyrinth, the Heroes of the Trojan War, and tales of Atlantis. This has been the case since Sir Arthur Evans and Heinrich Schliemann excavated some of the most important Bronze Age Aegean sites more than a century ago at Knossos, Troy, and Mycenae.

Ancient World Studies encourages a holistic approach to the interpretation of the past, integrating both texts and archaeological remains to understand past cultures, thinking, and behaviour. These consist of the fragmentary archaeological remains, including the ordinary debris of daily life, luxury items, art, architecture, and texts. Texts include the literary, historical, political, economic, administrative, and religious documents of the Classical world and the ancient Near East in translation. In many instances these texts are fragmentary and/or only represent a small segment of the population.

This subject will draw on students' previous academic experience of these diverse categories of data, and it will proceed to introduce you to appropriate methods and theories drawn from literary, feminist, and social theory, anthropology, archaeology, history, and art history required to promote an integrated and balanced approach to the combined interpretation of textual and archaeological evidence in historic periods. It will also teach the anthropological and art historical theories and methods required to interpret the symbolism of cultures where texts are minimal or lacking. While some modules will emphasize case studies drawn from textual evidence, and others will emphasize case studies drawn from material culture, the subject is unified by introducing you to the different methodological lenses and categories of data that can be used to interpret the past.

Posted by Caroline Tully at 2:55 AM No comments: