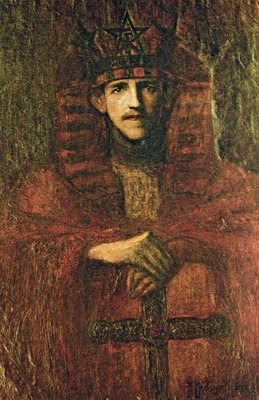 I am now excited to be moving on to my higher degree research topic: a comparative study of the symbolic and ritual meanings of trees and pillars in Prehistoric Greece, Egypt and Israel. Trees and pillars are important from the perspective of both landscape and gender. Both trees and pillars occur in images and texts in religious contexts, often in conjunction with women. Represented symbolically when brought into the human sphere, they signify domesticated versions of aspects of wild nature such as groves and mountains. The study of trees and pillars provides us with information about how features of the natural world were perceived as sacred, as well as how women acted as mediators in the relationship between nature and culture. Hooray, I'm looking at three of my favourite topics: ritual, gender and landscape.
Posted by Caroline Tully at 3:47 PM 5 comments: