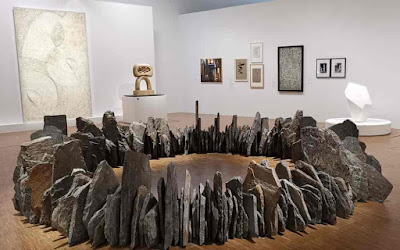 Museums and contemporary Paganism are inextricably linked. Gerald Gardner, founder of modern pagan witchcraft, first publicised Wicca in 1951 at Cecil Williamson’s Folklore Centre of Superstition and Witchcraft at Castletown (later The Museum of Magic and Witchcraft) on the Isle of Man. Some of his correspondence suggests that the first formal Wiccan coven might have been created partially to provide provenance for the museum’s exhibits. Sold to Gardner in 1954, the museum housed his collections and was the base from which he promoted modern witchcraft and published Witchcraft Today. Inherited by his high priestess Monique Wilson after his death in 1964, the museum continued for almost a decade be­fore Wilson sold the 10,000-piece collection to Ripley’s Believe it or Not Ltd in 1973. Tamarra and Richard James of the Wiccan Church of Canada purchased much of Gardner’s collection from Ripley’s in 1987. Cecil Wil­liamson, meanwhile, had attempted to establish a new witchcraft museum on the UK mainland at various locations, eventually settling at Boscastle in Cornwall in 1960. Williamson’s Museum of Witchcraft was sold to Graham King in 1996; and has been under the direction of Simon Costin as The Museum of Witchcraft and Magic since 2013.

A number of small museums today focus on contemporary and historical witchcraft and magic: The Buckland Museum of Witchcraft and Magick in Cleveland, Ohio was founded by Raymond Buckland, one of the first Gardnerian Wiccans in America. Others include the Witch History Mu­seum in Salem, Massachusetts; The Hexenmuseum Schweiz in Gränichen, Switzerland; Strand­agaldur, The Museum of Icelandic Sorcery and Witchcraft; the Museo de las Brujas in Zu­garramurdi, Spain; and HEX! Museum of Witch Hunt in Ribe, Denmark. Temporary exhibitions of objects belonging to the “mother of modern witch­craft,” Doreen Valiente, were held in Brighton, UK, in 2016; the Academy of Arcana in Santa Cruz, California, ran for two years between 2015–2017; and objects loaned from The Museum of Witchcraft and Magic to The Last Tuesday Society & The Viktor Wynd Museum of Curiosities in London were displayed in 2018. There are also museums dedicated to stage magic such as the American Museum of Magic in Michigan; the International Museum and Library of the Conjuring Arts in Las Vegas; The Magic Circle Museum in London; and the Musée de la Magie in Paris.

Exhibitions of objects pertaining to Paganism, witchcraft and magic also feature in large “univer­sal” museums, galleries and libraries. Occult walking tours of London include the British Mu­seum; the “Witches and Wicked Bodies” exhibition was held by the National Galleries of Scot­land in association with the British Museum between 2013–2015; the British Library presented the exhibition “Harry Potter: A History of Magic” in 2017; which was followed by “Spellbound: Magic, Ritual and Witchcraft” at the Ashmolean Museum in Oxford in 2018. In 2019 “Second Sight: Witchcraft, Ritual, Power” was held at the University of Queensland Art Museum in Aus­tralia; and “Waking the Witch” at the Bonington Gallery at the University of Nottingham. Most recently (2019–2020), the Bristol Museum and Art Gallery held “Do You Believe in Magic?”

Beyond Wicca, museums have played important parts in other magical and Pagan revivals. The late nineteenth and early twentieth-century members of the Hermetic Order of the Golden Dawn sought to commune with the collections of large public museums such as the British Museum and the Louvre. Today, ancient Pagan objects are often the focus of quiet reverence by contemporary Pagans in museums, although in early 2020 the Witches of New York conducted a vocal “pop up” ritual to the goddess Hekate at the Metropolitan Museum of Art. British Druids have been active participants in the controversy over the storage and repatriation of human remains held in museums; Pagans hold rituals at prehistoric archaeological sites which can be considered outdoor museums; and go on Goddess tours to experience sites and museums in locations such as Ireland, Crete, Malta and Turkey. “Witch City,” Salem, is a tourist/pilgrimage destination where public witchiness is encouraged; the Witch House is used as a backdrop for evocative Instagram photos and offerings are left at the Witch Trials Memorial. In contrast, Salem’s Essex Peabody Museum is often ignored, although perhaps not for much longer with an exhibition on the Salem Witch Trials scheduled for September 26, 2020 to April 4, 2021.

The Pomegranate: The International Journal of Pagan Studies invites submissions of articles (5000–8000 words) for a special issue on Pagans and Museums, edited by Caroline Tully (caro­line.tully@unimelb.edu.au). How and why do contemporary Pagans engage with museums to­day?

1. The role of elite museums in the creation of contemporary Paganisms

3. Pagan perceptions regarding the agency and enchantment of museum objects

4. Material and sensory aspects of Pagan experience within museums

5. Pagan use of museums and preserved historic or archaeological sites for religious purposes: e.g., the replica Parthenon in Nashville, Tennessee

7. Pagan attempts to change the narrative in museums, including efforts at removing ancient human remains from display, for example, the efforts of the Honouring the Ancient Dead movement in the UK

For information on the submission process see: https://journals.equinoxpub.com/index.php/POM/about/submissions

*Image from the exhibition, Préhistoire, une énigme modern, at the Centre Pompidou, 2019.