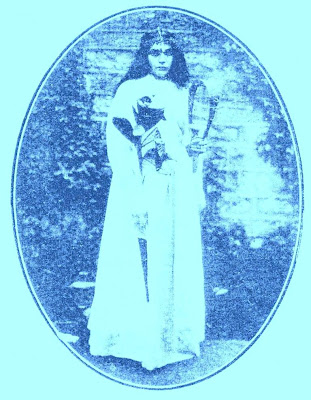 I've decided to post an etherealised image of The High Priestess Anari a.k.a Moina Mathers a.k.a. Mina Bergson fading in - or out - of view in her Paris 'Rites of Isis' guise because lately I've been thinking about how much the Hermetic Order of the Golden Dawn influenced the 20th century Magickal and Pagan revival. Basically, A Lot! The original members of the G:.D:. used to seem rather far away in time from me (us) but now they seem really quite near, it was only a little over 100 years ago after all when the G:. D:. was formulating what would end up influencing the way 'magic' is conceptualised by later groups such as Wicca and Wiccan-derived Neo-Paganism. Whether you belong[ed] to a 'authentic lineage' of the G:.D:. or are familiar with their curriculum through your own research and application, I think we have a lot to thank them for, especially the mammoth research effort put in by S.L. MacGregor Mathers. Although they are generally classified as 'ceremonial magicians' I think the early G:.D:. are as 'Pagan' as contemporary Neo-Pagans really - with all the variations that that title encompasses, i.e. a range from theurgy to devotional approaches to non-Christian deities.
Posted by Caroline Tully at 9:28 PM 1 comment:

Party Poster Collages by Me 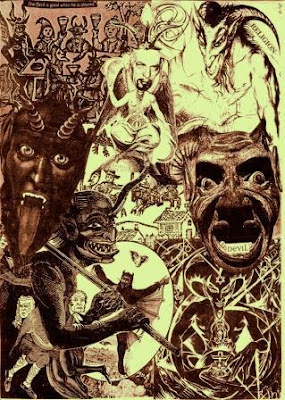 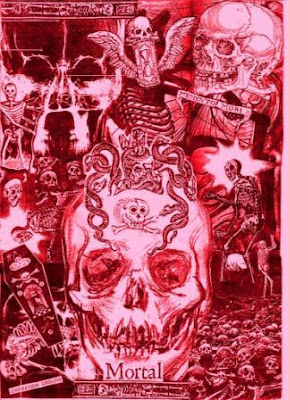 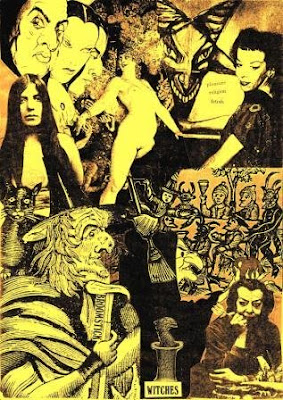 I made these collages for a Samhain party in 1997. We - my friends and I - used to always have a big Samhain party in Melbourne every year but eventually I got burned out and gave up on organising it. However, one of my friends, Philippe, kept the party going on for about ten more years. It might still be going for all I know. These images were on the back of the invitation for 1997 and on the front was a fleshy Witch on a broom image by the artist Coop. The collages were actually black and white - I just did them with a photocopier, scissors and gluestick (I love gluestick!) and I've coloured them for my blog.
Posted by Caroline Tully at 1:29 AM 3 comments: 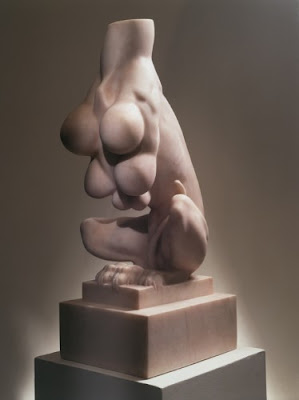 That's right, this image has nothing to do with the two anthologies I'm in and is here simply because I like Louise Bourgeois's sculptures and thought I'd illustrate my post with one of them. So... I'm glad to announce that I'm in two new Pagan anthologies. Green Egg Omelettes is an anthology of art and articles from the legendary US Pagan magzine 'Green Egg', co-edited by Oberon Zell and Chas Clifton and published by New Page Books in the USA. The other is Priestesses, Pythonesses and Sibyls, edited by Sorita d'Este and published by Avalonia Books in the UK. My article in Green Egg Omelettes is on the Australian Pagan artist, Norman Lindsay, and the piece in Priestesses is a historical article on the Delphic Oracle.
Posted by Caroline Tully at 12:35 AM 1 comment: