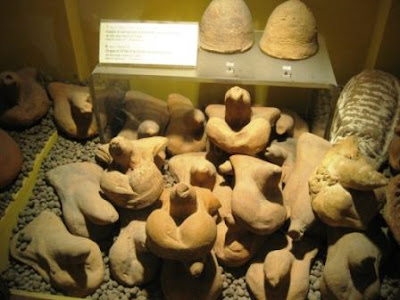 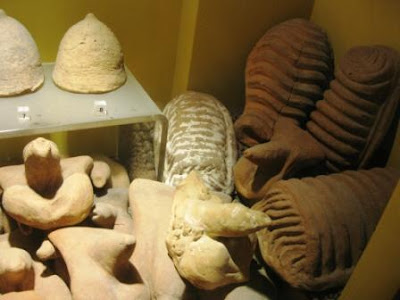 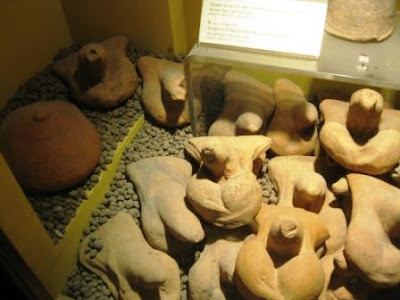 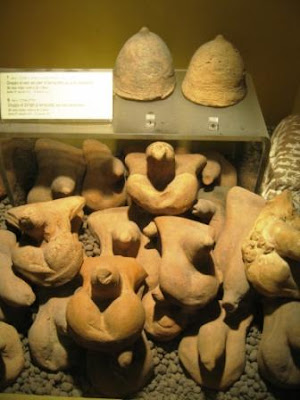 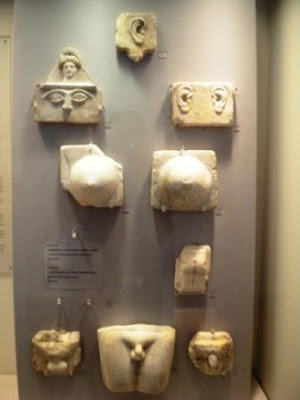 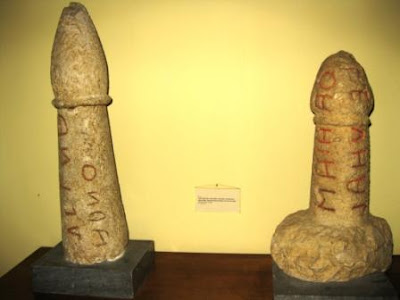 Fascinating terracotta votive offerings of phalli, breasts and uteri from the Naples Museum, and the marble ones from Athens.
Posted by Caroline Tully at 1:42 AM

One sometimes wonders if Facebook and - Gods' Forbid - "Twitter" have taken over people's interest in blogs..... Hey, I'm just craving some contact with other humans - but I'm *not* going to Twitter, what next, single word communication? Then shrugs?

Well I'm here, on occasion. And I'll never Twitter, so help me Goddess. (Or use Facebook, or MySpace; that place gives me freakin' hives.)

I guess I unbookmarked you when you stopped posting for a time, and since then I forget until I come across the link on Wild Hunt. But I just re-bookmarked you.

My first reaction to all those penii (?) was, awwwwww, how cute. Then, what, that many men in Pompeii couldn't get it up?

Then I went and Google Imaged 'human uterus' because I'd never understood the thing about the uterus being kind of rough and spiky looking (I assume the trilobite-looking votives are uteri), nor the old comparison of the uterus to a hedgehog(!). Well, it wasn't for the squeamish, but I knew that. And they didn't look spiky at all, but quite smooth. So I don't understand.

Anyway, I'm here, and hope you are well.

Do any inscriptions come with these phalli, etc., that indicate the wishes of the offerer?

Are these from the current exhibition in Melbourne Caroline? Steve (Sydney) - interested in Pompeii and paganism

Seems none of the models used in the sculptures were circumcised :)

@Mike: Of course they weren't circumcised, it's Pompeii! If it were Jerusalem that fact *might* be more surprising; but, Roman culture revered the intact human form (rightly so IMHO)... Would you sacrifice a 'damaged' good to your deity? Devout followers of Priapus reportedly made offerings of 'actual' whole genitalia. Presumably, these terra-cotta items would seemingly be from a later time---once sacrificial practice became less rigorous.