When newspapers were actually made of paper 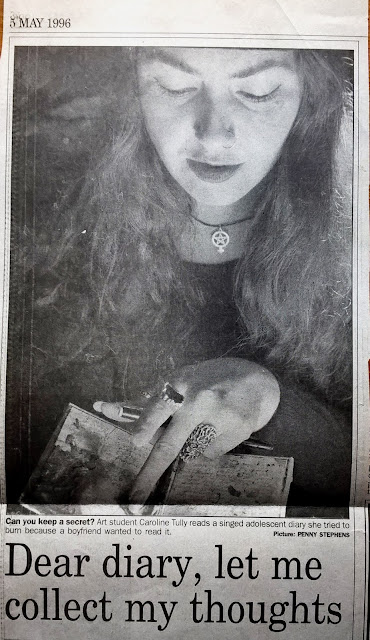 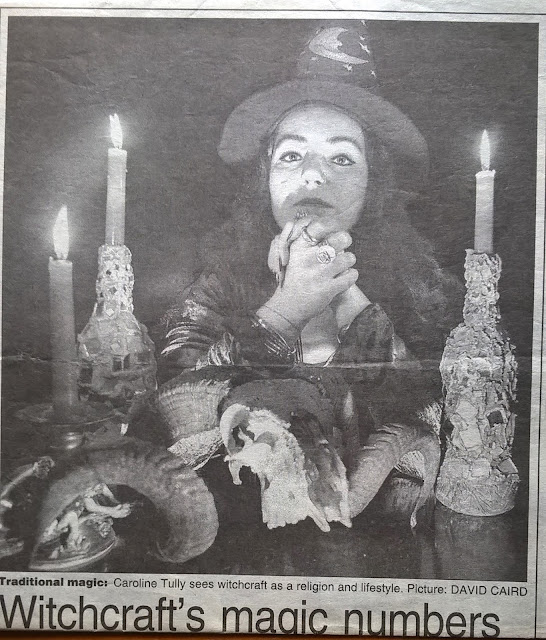 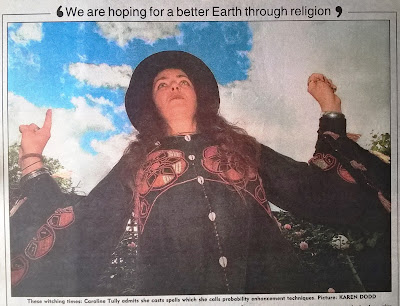 Going through my Book of Shadows from the late 80s and early 90s I came across these newspaper photos of myself from around 1996. Back in the 1990s being interviewed in the newspaper about Witchcraft and Paganism was a bit of a big deal, and it was a real gamble as to how the journalist and more important, the photographer, were going to portray you. If they liked you they might say nice things about you, but if they didn’t like you they would treat the topic, and you, in a flippant manner. As a member of The Church of All Worlds (CAW) back then, part of progressing through the Circles (degrees) involved being able to talk about Paganism to the media. So you’d say yes to interview requests and then wait on tenterhooks for the article to come out and hope you’d come across as OK.

When the article came out there’d be angry phone calls from relatives about how you’d embarrassed them, and when you arrived at your workplace people would stare at you with a mixture of reverence and contempt. Who are you to be getting media coverage, and for something so obviously weird? I would often deeply regret not having done my best to get the journalist and photographer on my side, but eventually learned how to do it (see next post).

These days, now that control of your image is in your own hands, you can make beautiful, professional-looking images with a phone camera, and get international coverage through social media. We see images constantly and are pretty blasé about them. It’s de rigueur to portray yourself in the most glamorous manner possible, for reasons spanning promoting a business or just your own perceived awesomeness. There is no need to sweet-talk a journalist or photographer, hoping they won’t make you look like a clown, we can simply bypass them – and of course media coverage is all really rather ho-hum, it doesn’t have the power it used to. No one even cares about being on TV because everyone’s got their own little YouTube show.

Sure, Witches have been getting media coverage since the 1950s, and much of it sensationalist. Now we have to fight the scrum of social media to get any attention that lasts more than one day. Different times.