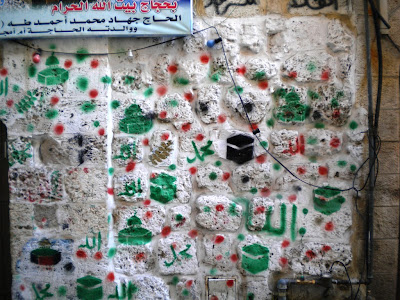 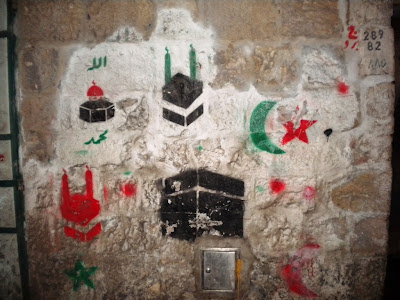 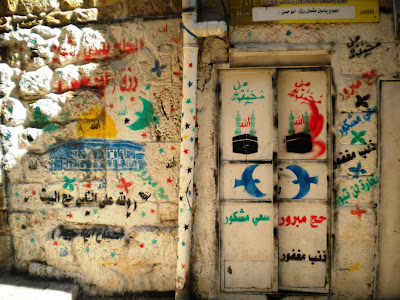 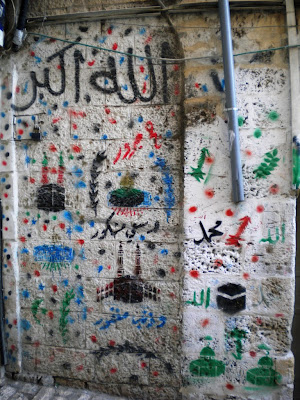 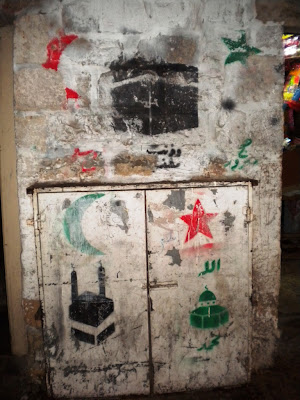 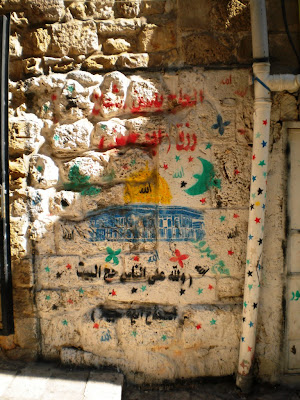 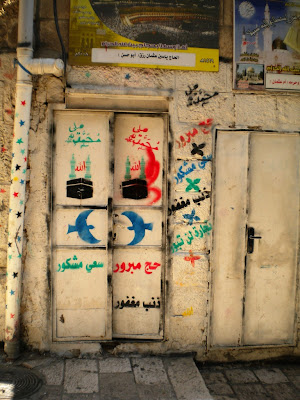 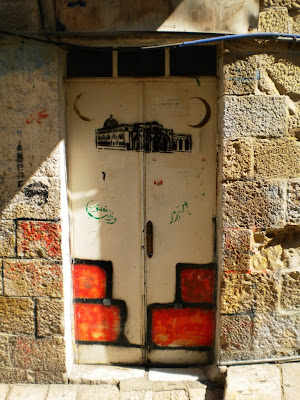 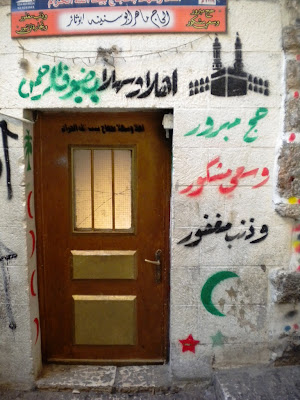 These images are from 2011 and continue on from my 2010 pics of Jerusalem Old City Spraypaint. [P.C. Disclaimer: I'm not 'favouring' Islamic religion over Judaism here (in Jerusalem), by focussing on these images]. I am interested in the bright spraypaint on the old Jerusalem stone, plus of course I am intereted in the religious theme as well as in the beautiful Arabic script.

And yes, there is Hebrew graffitti, but not in the Muslim part of Jerusalem. And yes, there is old graffitti, off the top of my head I can think of tomb graffitti. We actually had someone studying tomb graffitti - Karen Stern - visit us in Israel. Listen to her interview here: http://www.npr.org/2011/06/19/137257434/archaeologists-unscramble-ancient-graffiti-in-israel