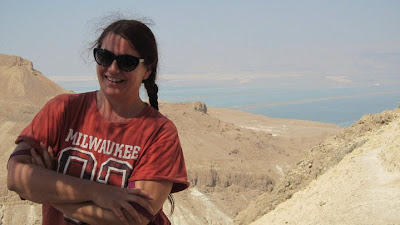 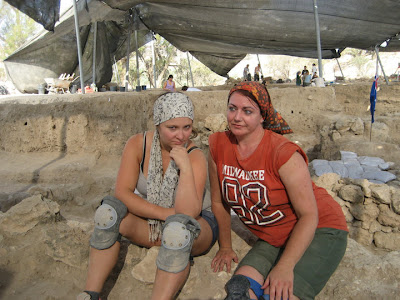 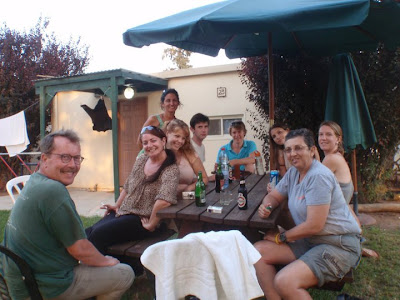 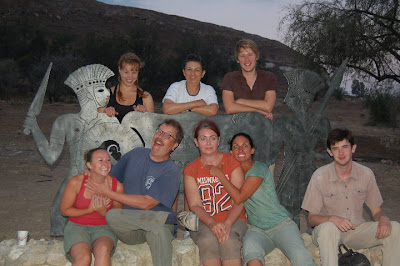 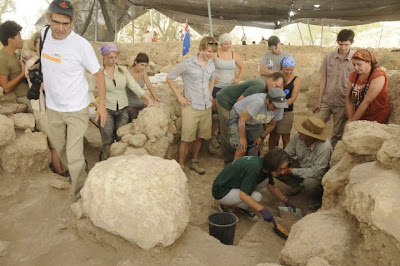 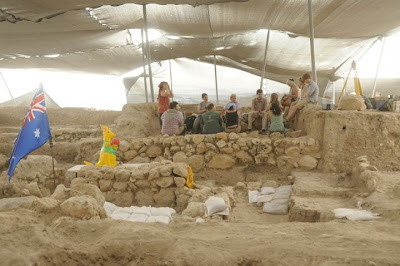 Lotsa (OK, some) pics from Israel. First, me above the Dead Sea, before we'd got there and I discovered that the water was hot! Hot!!! Hot sea is intolerable! Second, me and the smouldering Erin. Third pic, sitting around outside our kibbutz room, fourth, being strangled by Jo, fifth standing round watching the Australian Ambassador do some digging, and sixth, some sort of mysterious non-working, sitting around pic. Can't imagine what we're doing there. Picture credits Amanda and Erin, I believe. Some of mine will eventually appear when I get them off my camera. Meanwhile get an update on Tell es-Safi/Gath the dig here.
Posted by Caroline Tully at 12:44 AM