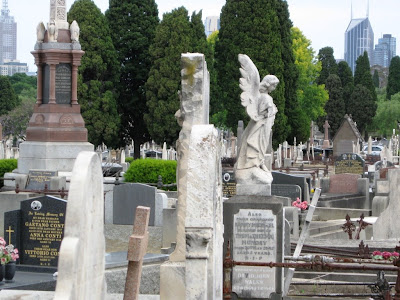 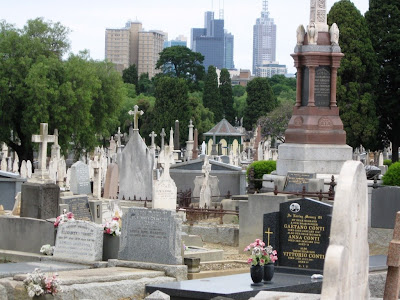 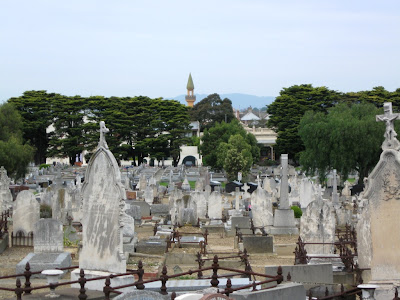 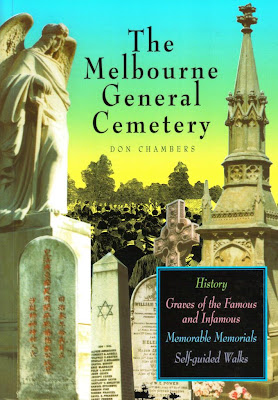 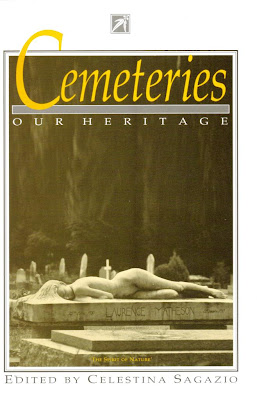 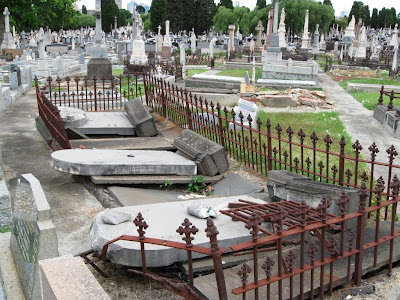 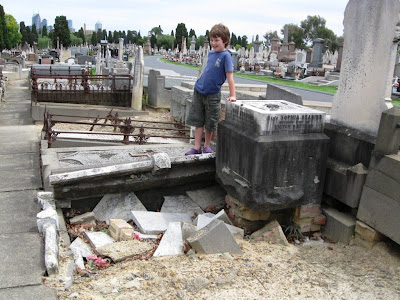 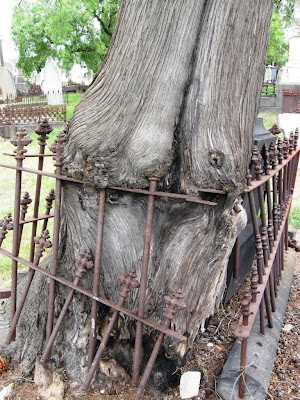 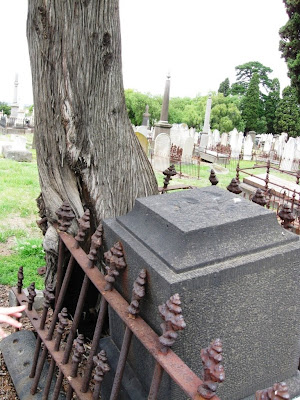 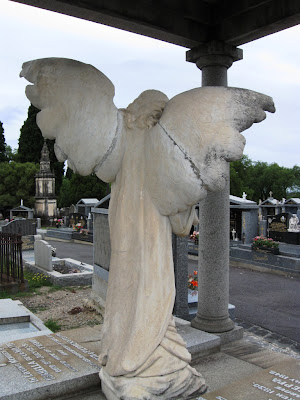 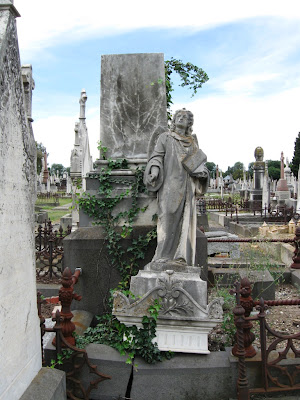 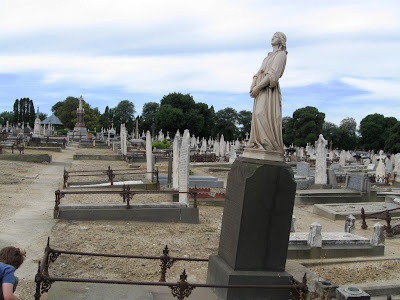 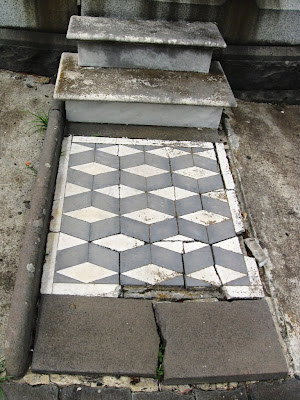 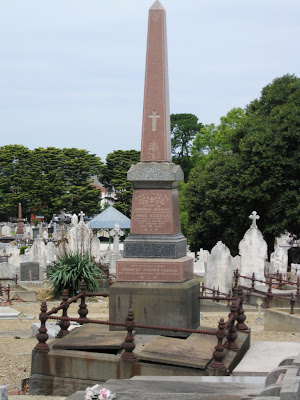 I tend to frequent my local cemetery and have an active interest in others in my city. As well as being nice quiet places to walk around, I also have a specific interest in 19th century Egyptian-style funerary monuments which do appear in Melbourne cemeteries. The best Melbourne cemetery, I think, is Kew Cemetery (it also has the best Egyptian-style funerary monument, being David Syme's replica of the 'Kiosk of Trajan' from Philae), the best-kept cemetery is Brighton Cemetery, the oldest (and most vandalised, it seems) is St Kilda Cemetery, the most visually boring cemetery is Burwood Cemetery, and the most neglected one? The one right on the edge of the city: the Melbourne General Cemetery.

Dating to 1859 this fabulous, large cemetery with many famous graves - see Don Chamber's book "The Melbourne General Cemetery" (Hyland House 2003) for more details and self-guided walks - is, according to National Trust historian, Celestina Sagazio, author of "Cemeteries: Our Heritage" (National Trust. 1992) and also tour guide on Full Moon cemetery tours, in deep neglect because the maintainence of graves in the Melbourne General Cemetery is the responsibility of the decendants of the dead in those graves. Lots of people don't know that - our family certainly has never tended or restored a grave of one of our relatives in that cemetery, or any other. (Frankly, we barely know where the graves are). The problem with the graves being the responsibility of the descendants, is when they do know about it, often they have no idea of how to do proper conservation and, trying to be helpful, do things like paint straight over rust. The Springvale Necropolis is responsible for the Melbourne General Cemetery as a whole, but does not do maintainence on graves. What is more, at my last visit either vandalism has increased, which is not unlikely seeing as there is no security to speak of, or else the drought has made the ground so contracted that headstones are falling over by themselves, as you can see in my photos. The only work that seems to get done at this cemetery is the cutting down of the European trees along the fenceline. Apparently new trees will be planted, when the drought is over, I suppose.
Some people have wondered if this neglect of the Melbourne General Cemetery is in the service of eventual demolition and redevelopment of the site which must be absolutely prime real estate? But do people really want to live on top of the dead? I guess they are happy to shop on top of them, as the first cemetery in Melbourne was where the Victoria Market now is, and there are still some corpses under the ground there.
And P.S. No, my son is not damaging graves in those photos, he is just standing near them for purposes of scale or because he accidently got in the side of the photo.
Posted by Caroline Tully at 12:53 AM

I've always liked to visit cemeteries-at least the older ones. Thank you for posting your pictures.